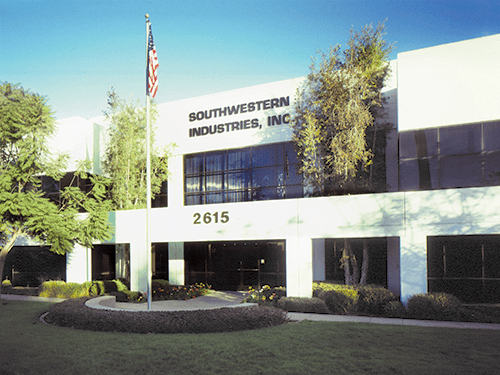 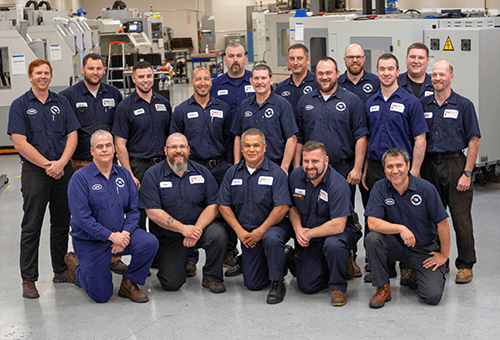 Since 1963, Southwestern Industries, Inc. has been an industry leader in innovative products for machinist productivity.

Our engineering, manufacturing and corporate headquarters are housed in 130,000 sq. ft. facilities in Southern California. We employ a large field organization of factory-direct sales, service and management personnel throughout North America.

SWI — A History of Innovation

Founded in 1951 by former Lockheed engineer Dr. Fred Jenks, SWI was originally located in a facility on the border between the present-day cities of Culver City and Inglewood, CA. Established as a job shop, the company's primary focus was the development and manufacture of mechanically actuated electrical pressure switches to control fuel flow for Atlas and Delta missiles as well as actuators for the U-2 and SR-71 spy planes.

Dr. Jenks bought the design rights to the Trav-A-Dial in 1962. Although the idea behind the design was right, the original version of the product did not meet expectations. In order to address this issue, Dr. Jenks assigned Trav-A-Dial re-design responsibilities to Irv Culver, the legendary Lockheed Skunkworks engineer who had recently left Lockheed to join SWI. Irv’s redesign resulted in what could arguably be called the most universally used machine tool measurement device of the 1960’s, 1970’s, and 1980’s.

SWI developed and manufactured a conversational language CNC for knee mills in the early 1980’s under the brand name ProtoTRAK. Later in that decade SWI manufactured and sold a version of the ProtoTRAK to Bridgeport Machines who distributed it under the EZTRAK® brand name. These extremely successful products helped launched the “age of conversational language” computer numerical controls.

In 1990, SWI found it necessary to move to a larger facility in order to accommodate its growing business. This move to its current headquarters in Rancho Dominguez, CA placed SWI just 15 minutes from both the Los Angeles Harbor and Los Angeles International Airport.

All ProtoTRAK controls utilize conversational language programs as well as CAM and G-code. They are available on TRAK branded toolroom mills and toolroom lathes and can be retrofitted on other manufacturers' knee mills. All controls are designed and built “from scratch” at SWI's Rancho Dominguez, CA factory headquarters. The ProtoTRAKs are among the most widely used conversational language CNCs in the world. Both the controls and machines are designed specifically to address the inefficiencies associated with one-off and small lot machining.

TRAK Machine Tools expanded its product lines to include machines that address the inefficiencies associated with high-mix, low-volume type work. These products consist of the TRAK LPM Vertical Machining Center and TRAK 2OP Portable Vertical Machining Center. The former is the first VMC that integrated the machine, control, fixturing and tool offset measurements into one complete system to reduce and/or eliminate product change-over times. The latter is a portable VMC that makes it possible and practical for high-mix, low-volume shops to utilize work cell technology to lower their part cycle times and reduce labor costs/part. 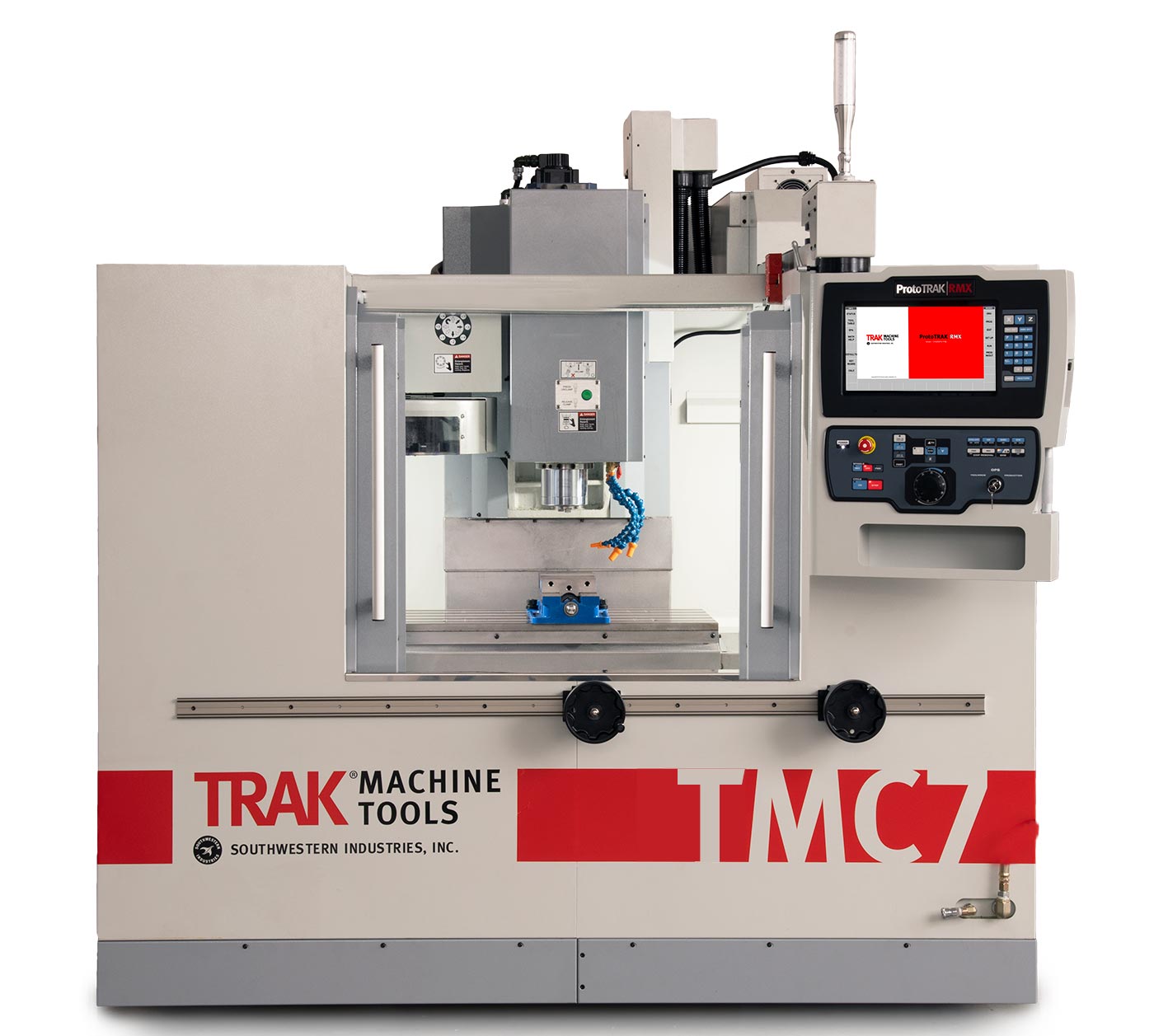 March 2, 2020 marked the debut of the first ever vertical machining center built to handle both toolroom and production operations. The TRAK Toolroom Machining Center is a fully-enclosed, 3 axis machining center that features the advanced ProtoTRAK RMX CNC.